A common swingweight chart. It’s important, but let the experts handle it, really.

How swingweight works and putting proper golf club weighting to use.

So I was visiting the Twin Cities friendly neighborhood 2nd Swing store in Minnetonka, Minn., this past Monday. I had reached my breaking point with the current set of irons I was using. I had gotten them late last summer and for some reason was not getting consistent shots.

While I will be the first to admit that it was more likely a fault of my slowly declining golf skills, there was something just not right. I met with store General Manager Scott Johnson, who is my two-ball partner and has a vested interest in seeing me play well. (He also enjoys taking my money from our friendly rounds with a wager or two thrown in.)

We put my irons on the swingweight scale.

The first thing I noticed was that the swingweights were all over the place. Maybe two irons were the same. Not only that, but every iron was overall light in weight. What happened?

Remember the good old days when you got a set of irons and it felt like they literally were made of iron? Heavy, great for making divots, and defending your house from intruders (I’ve even heard they can do damage to vehicles when swung with the right force or anger level.).

But the club was heavy and it felt heavy. These days quite a few of the manufacturers have gone to creating irons and iron sets that are lighter, and they promote that fact by stating how a golfer can generate greater clubhead speed for more distance.

We tested that theory by taking brand-new iron sets off the rack and checking the swingweight. All of the sets were lighter than what I recalled as being as “normal” or “standard.”

Sure, you can probably generate more clubhead speed, and the club seems lighter as you swing it. However, you lose the “feel” of the club. As a golfer, one of the most important parts of the game is feel. If you can’t feel where the clubhead is at the top of your backswing, then it’s a crap shoot how the clubhead will get back to the ball at impact. This simple fact is another reminder why it is so important to work with a 2nd Swing clubfitter.

Get either get your existing clubs or that new set of irons properly weighed, have the loft and lie checked and make sure the proper grip size is installed — for starters.

So how did I resolve my problem? The simple, easy, and least expensive way. I purchased some lead tape and started putting strips on the back the clubhead.

After the first strip, I would take some practice swings to see if I could better feel the clubhead. It actually took two strips for lead tape for each iron for me to most consistently feel the clubhead at the top of my swing. The added benefit was I now able to more consistently release the head into the ball, gain a higher ball flight and let the club do the work.

As a golfer, you do not need to understand the terms of swingweight and what the numbering system means. What you need to know is: “Can I feel the club head at the top of my swing?”

If the answer is no, then it may be one of the reasons your iron set is not performing to your expectations. Me, I’m ready get some of my money back from Scott, and we’re both hoping for a long run in our club match play tourney. 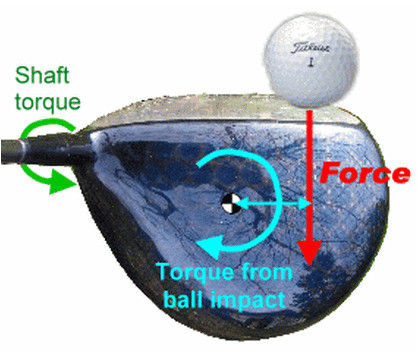