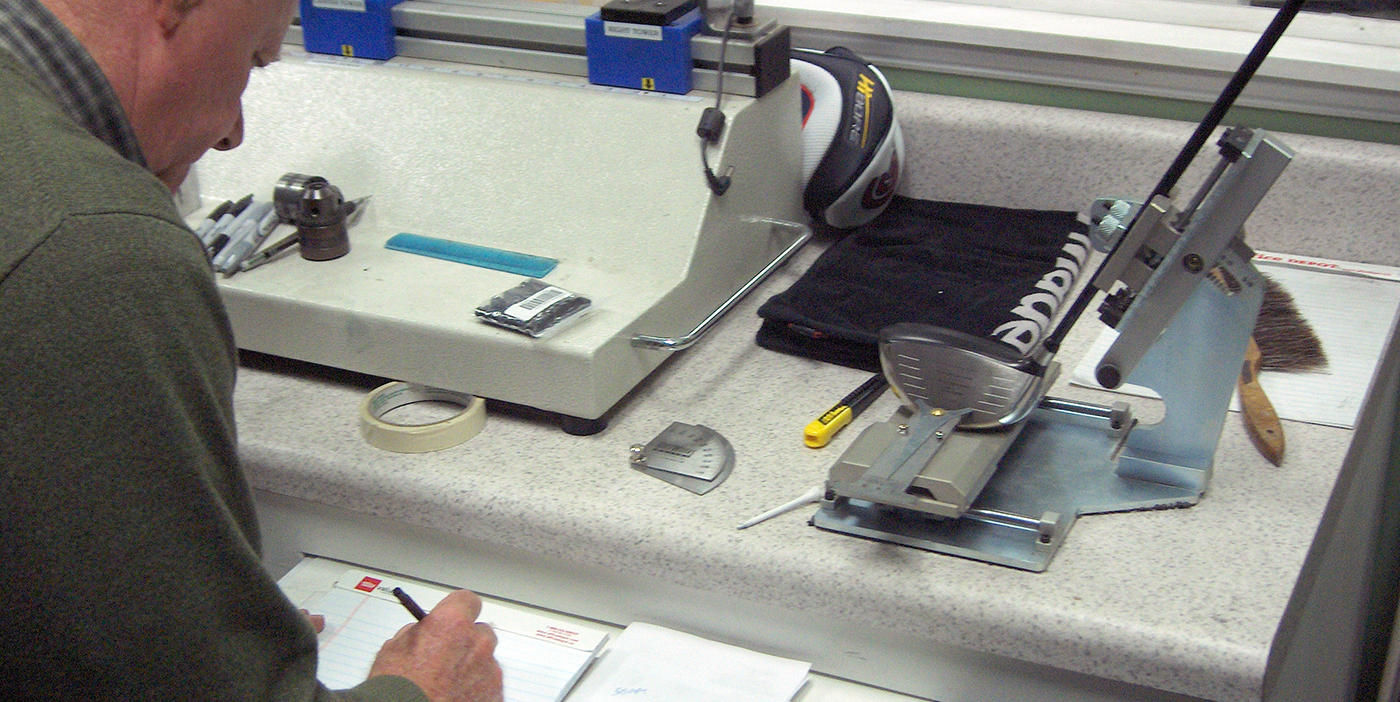 And how the precise method replaced Coefficient of Restitution (COR) in overseeing golf clubface manufacturing and performance.

In the past, golfers with wooden clubheads would gather around the bar after their round and tell tales of how much more distance they were getting from the smokin’ face inserts in their drivers or favorite fairway woods.

Inserts with metal “firing pins” milled into the face, aluminum inserts, or the mythical “gamma-fire” glass insert were all part of the lore. Whether they actually worked or not is still debated, but since very few folks still swing persimmon clubheads we’ll skip that debate today.

When metalwoods became the norm, golfers became obsessed with how far a thin face could hurtle the ball. Manufacturers began making faces thinner and thinner until they were barely able to sustain the impact of a fast-swinging player.

However, distance was improving — and this concerned the USGA.

For several years, the USGA had used Coefficient of Restitution (COR) to identify how “hot” a clubface was. There was a cumbersome method of measuring that started by detaching the clubhead from the shaft, mounting it to a fixture and then firing a golf ball at it from an air cannon to get a reading on the COR.

You may remember that COR means how much energy is maintained after the golf ball (fired from the cannon) strikes the club face. A Perfect COR would be 1.0. The max spec set by the USGA was.830 COR. Anything over that was deemed non-conforming to the Rules of Golf.

Now the USGA uses a different method of measuring this spring-like effect. It is called the Characteristic Time or “CT.” You can click HERE to see the full USGA rules on measuring CT.

Much easier and less expensive, it measures in microseconds (with the symbol: µs) the dwell time of a steel pendulum device as it impacts the clubface. The assembled club’s shaft is clamped into a fixture and the pendulum is adjusted to allow it to strike the center of the clubface. Right from the USGA rule book on measuring CT or clubface flexibility.

The specified limit allowable is 239 µs, with a max tolerance of 18 µs, thus equaling a maximum CT of 257 µs.

There is said to be a correlation between COR and CT, but CT is a much more precise way of measuring the spring-like effect of a clubface.

The USGA seems to have tight reigns on the speed that it will allow manufacturers to produce on clubheads. This will further limit just how hot a club face may be and perhaps begin to put a cap on the distance golfers will hit the ball.

Ah, but don’t worry too much. I’m sure that the golf ball makers will be able to squeeze out a few more yards from the clubs when max CT is reached.

Stretching/Warming Up: Dynamic Stretches for Golf