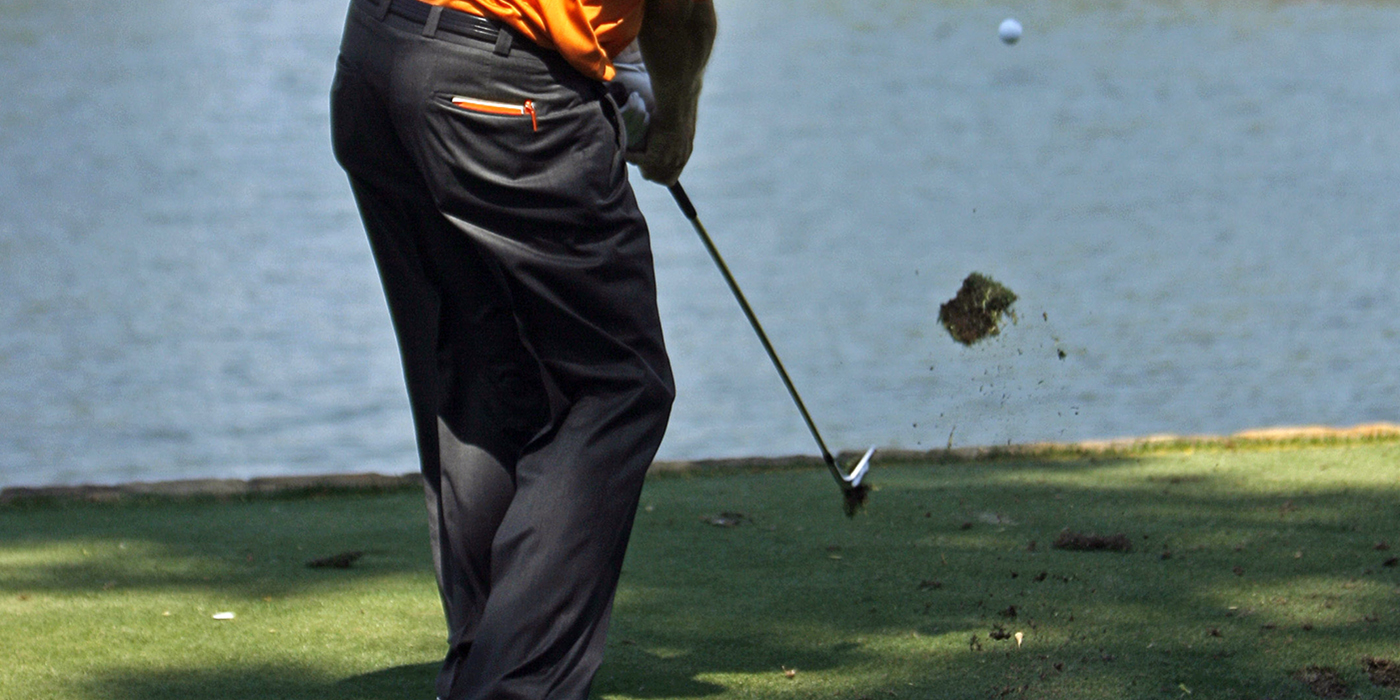 “Time to change that,” a teaching PGA pro says.

Are you a “divot taker?” If not — why not? It’s how irons are designed to be used.

Many students come for a lesson and I ask them to warm up with a few 8-iron strokes. Upon completion, I often have commented that I did not see them creating or “taking” any divots into the turf.

Now the casual answer follows something like, “I have never taken divots my whole life,” or they say simply that “I’m not a divot taker.”

This comment is usually said with a measure of self-satisfaction. At that point I may take the club from them (Don’t worry now.), and hit a few shots myself then ask them to notice the divot. Why would one person take a divot and the other not when both of them just used the exact same golf club?

One of us has to be using the club less efficiently. Right? (Sarcasm.)

Okay, so should taking a divot be a choice for golfers who claim that their goals are to improve for the mid- or long-term? Now before we go any further, I wish to acknowledge that golf has produced great champions who developed a swing that rarely created divots. Tom Watson comes to mind as does the late Payne Stewart. But there will always be exceptions to the rule.

I would estimate that more than 90 percent of golfers on the PGA, LPGA and Champions tours take divots with a full swing beginning at a 6-iron all the way down through their wedges. Why? Because — first off — it’s how the iron was designed to be used.

Second, it shows the continuation of the downward journey of the clubhead following impact with the body, arms and club shaft in powerful and correct positions. In other words, it’s correct golf swing form.

My plan is not to delve into the details of how to create a repetitive divot/impact here but to get you to investigate why you may be a “non-divot taker.”

But I can say with some assurance that failure to create a divot with the clubs mentioned above in a full swing is a swing flaw; and, don’t worry, you did not choose it. But you can fix it.

And creating divots matters. When you don’t take a divot, your strike  is less powerful than it could be. It’s also harder to control into a wind, among other things.

So do yourself a favor, take a lesson with your favorite PGA or LPGA professional to discuss and understand the proper divot/impact positions.

And make sure you either replace your divot or fill it with sand and seed.

Off The Tee: Add Power to Your Swing
Scroll to top